The disclosure of formal court action was made at a press conference at the offices of British law firm Carter-Ruck by Alasdair Pepper and Antonia Foster, who are representing Shehbaz in his legal case against the paper. Shehbaz was present with his lawyers at the press conference where the announcement was made.

Pepper confirmed that the defamation claim has been issued at the Queen’s Bench Division against defendants ANL and David Rose, author of the story. He confirmed that Mail Publications are in receipt of the claim form.

The lawyer said that Carter-Ruck had decided to move the court after failing to get a substantive response from the newspaper in several months, despite repeated requests. He said in nearly seven months the Mail refused to engage with Mr Sharif’s lawyer.

Pepper argued that the article in the Mail, followed by a social media campaign launched by journalist David Rose, was gravely defamatory of Shehbaz, carrying utterly false allegations that Shehbaz misappropriated UK taxpayers’ money in the form of DfID aid intended for the victims of the devastating 2005 earthquake in Pakistan. He confirmed tweets by David Rose have also been made part of the defamation claim.

Speaking to this correspondent, David Rose said he will not be making any comments for now. A source at the Daily Mail confirmed that the publication’s lawyers have received the legal claim from Shehbaz Sharif’s lawyers.

Pepper noted that the DfID has already rubbished the claims made by newspaper as “false and without any foundation”, vindicating Shehbaz's stance that he has never been involved in misappropriation of funds.

The Carter Ruck lawyer said: “The proceedings relate to gravely defamatory articles published on 14 July 2019. The articles carried a grotesque allegation that Mr Sharif misappropriated UK taxpayers money and in particular govt aid intended for the victims of the devastating 2005 earthquake in Pakistan. Mr Sharif categorically denies this allegation; he asserts that there is no truth in it whatsoever.

Shehbaz Sharif’s lawyer said the UK govt has also flatly contradicted the Mail's claim. On the very day of the publication the UK's Department for International Development (DFID) responded to the Mail on Sunday.

The DFID had said: “We only gave money once the agreed work, which was primarily focused on building schools, was completed, and the work audited and verified. The UK taxpayer got exactly what it paid for and helped the vulnerable victims of a devastating earthquake.”

The DFID had stated that Daily Mail has alleged that money was stolen “without providing any substantial evidence this was the cases with the earthquake fund”.

The Carter Ruck lawyer said that Federal Minister for Education and Professional Training Mr Shafqat Mahmood has supported refutation of the Mail’s claim. He was referring to a press conference held at the Dorchester Hotel a week ago by Shafqat Mahmood in which, answering questions, he said that Britain’s aid programme to Pakistan was by and large well managed and run properly under the previous PPP and PMLN govts.

He continued: “Faced with these harmful allegations, Mr Sharif attempted to secure a correction and apology from the publisher of the Mail. He has now commenced court proceedings only after the Mail failed to give a detailed and substantive response or to make any sensible proposals to resolve the complaint. They even continue to host the article online.”

He said that as a leading politician and figure in Pakistan, Shehbaz Sharif intends to clear his name. He added: “Shehbaz Sharif seeks the withdrawal of the allegations and an unreserved and unambiguous apology from the Mail's publisher. Mr Sharif states that any sums awarded to him in damages will be paid to charity.”

The Carter Ruck lawyer said that PM’s Special Assistant on Accountability Shehzad Akbar has not been made a party in the claim against Daily Mail although Shehzad Akbar had incited Mr Sharif to sue him as well.

Pepper said: “There are jurisdictional issues because he (Shehzad Akbar) is a resident of Pakistan. His allegations were published from Pakistan concerning Pakistan. As a matter of technical consideration we are not including him in this claim at this time but that’s not to say that he may be sued in future in relation to other publications.”

Alasdiar Pepper said that there is no delay in filing the case at the court. He said: “Under the UK laws, there is a year long time period to sue. There is no delay in this case. Also, before one uses there is the rule of following the pre-action protocol that has to be gone though. Correspondence with the Daily Mail took some time because until today we had no substantive response whatsoever form them and then the decision for the timing to sue is for the claimant.”

Addressing the media, Shehbaz Sharif said that the article was a “politically motivated campaign” against the leader of the opposition in the national assembly by the incumbent Government of Pakistan.

Shehbaz said that he was determined to prove that allegations against him were false, baseless and politically motivated to malign him.

He regretted that the Mail publications made allegations without any proofs.

He said it was clear that the Mail journalist was used by the PTI government by granting the journalist “exclusive access to some of the tempered results of a high-level probe ordered by [Prime Minister Imran] Khan” including a “confidential investigation report” and unusual access to interview “key witnesses” held on remand in jail. He said the allegations were never properly put to him in advance of publication.

Shehbaz slammed Prime Minister Imran Khan, saying that the prime minister and his allies were behind the "fabricated and defamatory" Daily Mail story that sought to damage his reputation.

The PML-N president said the story published against him was part of the efforts by the government to tarnish his image among the masses. "Their [government] efforts are to show the PML-N in a bad light," he said.

"They couldn't compete with the PML-N in anything. Imran Khan Niazi is an expert in only one thing, ever since he retired from cricket. Lies, deceit, taking U-turns and making false allegations," he said.

He said that the Transparency International (TI)'s recent report had frightened the government, which was now attacking and victimising political opponents. The former Punjab chief minister wondered at the clarification issued by the TI Pakistan when the report had been released by the main chapter of the NGO in Berlin.

Shehbaz referred to PM's special assistant Shahzad Akbar as a “sycophant”, saying that he was also involved in getting the Daily Mail story published. He said that there was "not even a shred of evidence" against him.

"I want to ask the people of Pakistan, even if there was a shred of evidence against me, why would they [government] have a story published in the Daily Mail against me? Why else would the NAB-Niazi nexus file cases against me?" he asked.

He said that DfID had done "a great job" in training the youth of Pakistan and providing them healthcare. He said that instead of thanking DfID and the British authorities, the Pakistani government was defaming them.

"Little did they realise that while trying to hit me, they [government] are bringing a bad name to Pakistan," he said.

In an article published on July 14, 2019 authored by David Rose, the Mail on Sunday had alleged that Shehbaz Sharif and his family stole British taxpayers’ money given to Pakistan’s Earthquake Relief and Reconstruction Authority (ERRA) set up to help the victims of the 2005 Pakistan earthquake.

The paper has alleged that Shehbaz Sharif was involved in corrupting the funds given to Pakistan by British taxpayers.

Shehbaz had first served a legal notice to the newspaper on July 26, alleging that David Rose’s report was “politically motivated”.

He alleged that since the publication of the story, David Rose tweeted several times challenging Shehbaz Sharif to take action against his paper.

On many occasions, he responded to users on the social media site noting that Shehbaz had taken no action so far.

DfID had separately refuted the claims made by The Mail on Sunday.

Rejecting the assumption that UK taxpayers’ cash, meant for earthquake victims, was stolen by Shehbaz, DfID maintained that, “our robust systems protected UK taxpayers from fraud”.

In a statement, a DFID spokesperson said, “The UK’s financial support to ERRA over this period was for payment by results — which means we only gave money once the agreed work, which was primarily focused on building schools, was completed, and the work audited and verified.”

It is understood that the case will go to trial before a judge at the Royal Court of Justice in under a year as the minimum time to get a trial date is between nine months to a year. 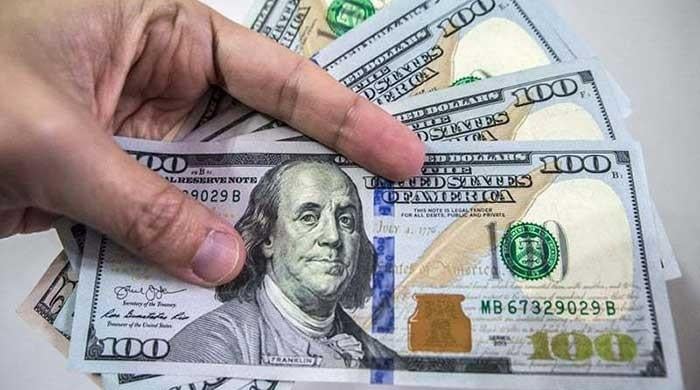 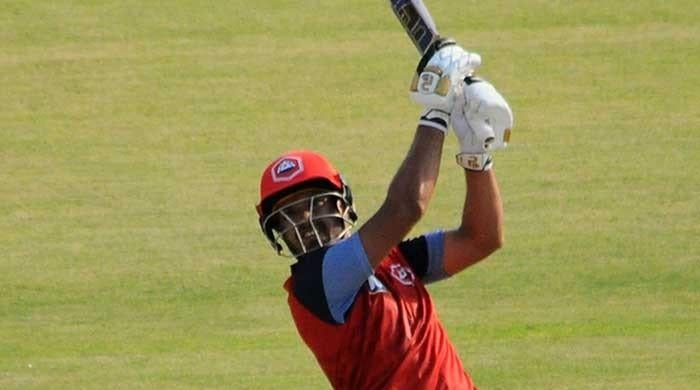 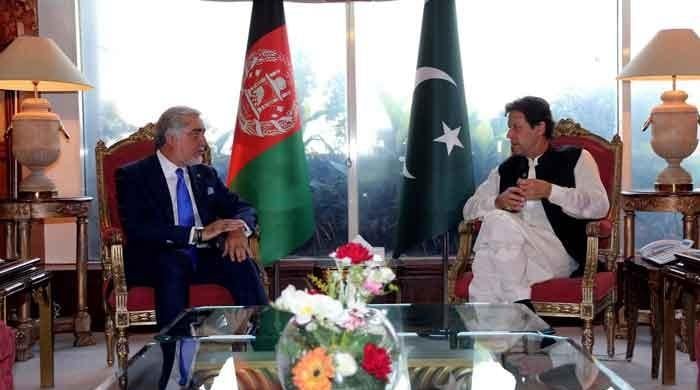 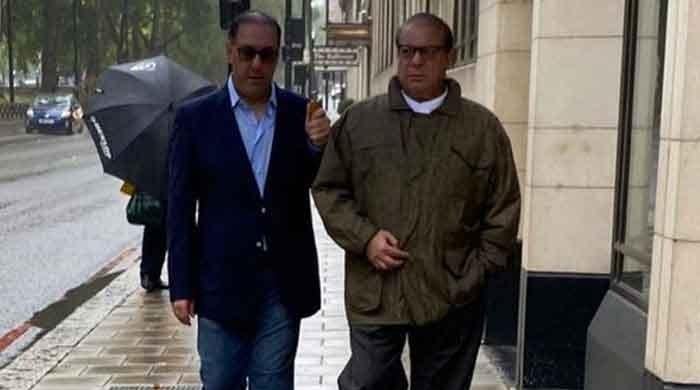