Lahore CCPO Umar Sheikh has gone on a three-day leave, said the Capital City Police Office on Wednesday, a day after the officer allegedly hurled abuses at a woman complainant.

"CCPO Lahore Umar Sheikh is on leave till October 21, 22 and 23," said a spokesperson of the CCPO office. "Muhammad Umar Sheikh will perform his duties from October 24."

An audio clip surfaced on Tuesday in which the CCPO Lahore allegedly abuses a woman named Naila. She had filed a complaint against Chowki In-charge ADA Plot Sub-inspector Haider Ali.

Talking to The News, Naila confirmed that Sheikh had hurled abuses at her.

Sources in the CCPO office dismissed the report as another drama against Sheikh.

Police sources privy to the development said that nine cases of drugs, possession of illegal arms, giving refuge to a fugitive and other serious crimes were registered against Naila's husband, Ghulab Nabi.

The source further said that a case was also registered against Nabi at Ganda Singh Police Station in Kasur by Rangers. It further revealed that notorious drugs supplier, Yusuf Pathan, was arrested on information obtained from Nabi.

Naila's complaint against ADA Plot Sub-inspector Haider Ali was investigated, said the source, adding that the allegation of taking bribe could not be proved against the police official.

The source further said that Naila and her husband settled in Raiwind after they were driven out from Kasur by the area's residents who got enraged after discovering that the couple used to sell drugs.

The police source revealed that Naila started to annoy the CCPO Lahore by calling on his cellphone from different numbers several times a day, following which she was told not to do so.

Not a holiday, revise courses and do your homework, Shafqat Mahmood tells students

Daily report: Coronavirus cases in Pakistan and abroad on December 1

Coronavirus situation worsens in Pakistan as 67 more succumb to virus

Up to 41% candidates pass BA exam at Hazara University

No influenza vaccine in Pakistan due to high demand in developed countries: report

Coronavirus updates, December 1: Latest news on the COVID-19 pandemic from Pakistan and around the world

Rupee remains stable against US dollar 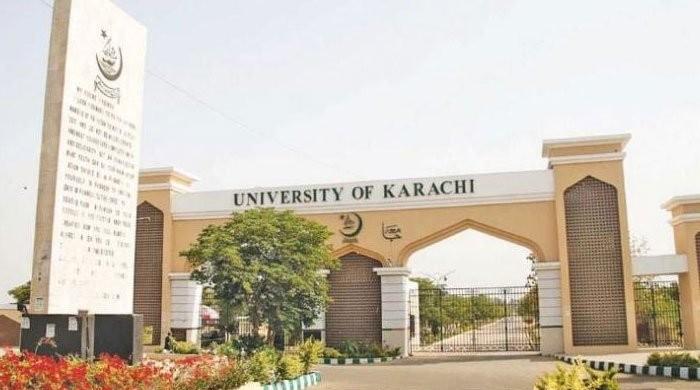