Schools across Sindh to reopen on Aug 11 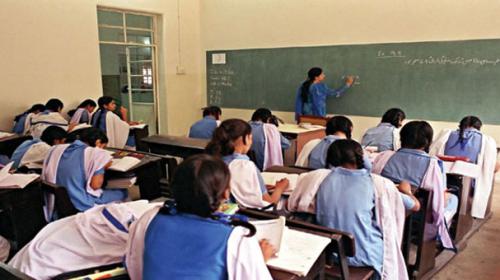 Confirmation in this regard came in at around 1:00am on Monday as, according to reports, the city commissioner stepped in to resolve what has been a highly frustrating episode for students and parents alike.

On Sunday, a day before academic activities were to resume, parents and students across the province were left wondering whether educational institutes were to reopen the following day, as a faction of one of the private schools associations, the PEAK Private Schools Association (PEAK – PSA), announced to reopen institutes registered with them on August 3—the original date for resumption of academic activities.

Following the provincial government’s notification, issued on July 30, to extend summer vacations by a week owing to floods in the province, the All Private Schools Management Association Sindh (APSMAS) and PEAK Private Schools Management Association (PEAK- PSMA) demanded of the government to allow private schools in Karachi to resume academic activities on August 3 – the original schedule – as the city was not affected by the monsoon rains.

Giving in to the demands of the associations, Sindh Education Secretary Dr Fazlullah Pechucho on August 1 sent a revised summary to CS Siddiq Memon and CM Qaim Ali Shah seeking permission for educational centres in Karachi and other districts unaffected by rains, including Mirpurkhas, to resume academic activities on August 3. The proposal, however, was struck down by the CM early on Sunday morning without citing any specific reason for the decision.—The News