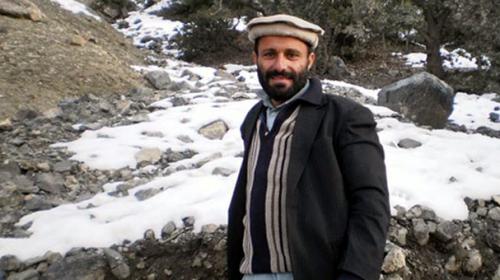 Police said Mehsud was riding a motorcycle in Dibra area of Tank when he was attacked by the gunmen. According to police, Mehsud was shot five times.

The journalist was critically injured by the firing, and was taken to the District Headquarters Hospital in Dera Ismail Khan where he succumbed to his wounds.

Police say they are still uncertain as to the possible motive behind the killing.

Mehsud's killing comes a day after media workers in Pakistan and the rest of the world observed the International Day to End Impunity for Crimes against Journalists on November 2.

Pakistan is considered amongst the most dangerous countries of the world for journalists and ranks as the fifth worst in terms of the number of unresolved cases of violence against journalists.

More than 70 journalists and media workers have lost their lives since 2001 while pursuing their duties in Pakistan – 47 of whom were deliberately targeted and murdered for practicing their profession.

In the past decade, over 700 journalists have been killed around the world merely for doing their job. Recent years have been worse, with 2012 and 2013 ranking amongst the most brutal years for journalists.