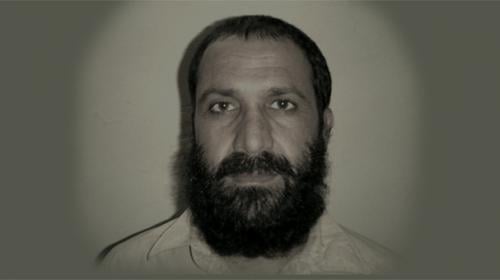 “It is a big blow for Lashkar-e-Jhangvi (LeJ) and a great triumph for security forces”, said a counter terrorism official while commenting on the killing of Saifullah Kurd on Sunday in Quetta.

Mohammad Usman alias Saifullah Kurd was chief of the banned LeJ’s Balochistan chapter and was the most wanted terrorist in the province. The provincial government had announced a reward or ‘head money’ of Rs. 2.5 million. Speaking to Geo News the Quetta Police Chief Abdul Razzaq Cheema confirmed his death.

A top security source disclosed that, Kurd’s aide was also neutralized during the operation.

“An identity card was recovered from his pocket bearing the name Ghulam Sarwar, but his identity is yet to be confirmed” told the source.

On an intelligence tip-off, a special unit of the Frontier Corps Balochistan raided a hotel in Shaal Kot, Karachi Road area of Saryab. In the exchange of fire that followed between terrorists and the law enforcers Saifullah Kurd was gunned down along with his accomplice. One law enforcer embraced martyrdom while 4 others were injured. Weapons and mobile phones were also recovered from Kurd’s possession.

Intelligence sources revealed, that Kurd was a known terrorist and the mastermind of all major sectarian attacks in Balochistan specially in the provincial capital, Quetta.

“Whether it was an assault on busses carrying pilgrims or the genocide of hundreds of Shia Hazara in the Alamdar Road and Hazara Town blasts; being a planner he had become a symbol of the reign of terror in the province”, the intelligence source revealed.

Kurd was apprehended once before, but managed to escape from a high security prison. He was apprehended by an intelligence agency along with the Sindh CID in December 2005 from Cattle colony in Karachi.

After his arrest from the metropolis, he was shifted to Quetta where he was kept at the Anti Terrorist Force’s high security prison inside Quetta Cantonment. Astonishingly in 2008, he escaped from the fortified prison and remained at large till Sunday, when he was killed.

According to his interrogation report, seen by this scribe, Kurd was one of 8 siblings born to Noor Mohammad who hailed from a poor background.

Badini is the nephew of al-Qaeda’s former operational commander and No. 3, Khalid Sheikh Mohammad. He is also the brother-in-law of Ramzi Yousaf, who executed the first terror attack in the United States in 1993 at the World Trade Center in New York.

In 1998, Saifullah Kurd first met with Riaz Basra, the founder of banned Lashkar-e-Jhangvi in Kabul, Afghanistan. A recently executed terrorist Shabbir aka Doctor was also present during the meeting.

It was in Afghanistan that Kurd received 20-days of training at the Khalid Bin Waleed training camp run by banned Harkat-ul-Mujahideen, where he was trained on how to use pistols and AK-47 assault rifles by his trainer, Ustad Usama.
Kurd stayed in Afghanistan for a month and returned to Quetta via Kabul, Khandhar and Chaman. He carried out his first sectarian assault in October 6, 1999 on Zarghoon Road in Quetta. Along with two aides, Saifullah ambushed the vehicle of the then head of the Hazara tribe and provincial minister for education, Sardar Nisar Hazara. The minister and his bodyguard were injured while his driver lost his life in the attack.

For their direct involvement in terrorist attacks, both Kurd and Badini were sentenced to death by an Anti-Terrorist Court in Quetta back in 2003.

Syed Arfeen is an investigative journalist with Geo News and tweets: @arfeensyyed