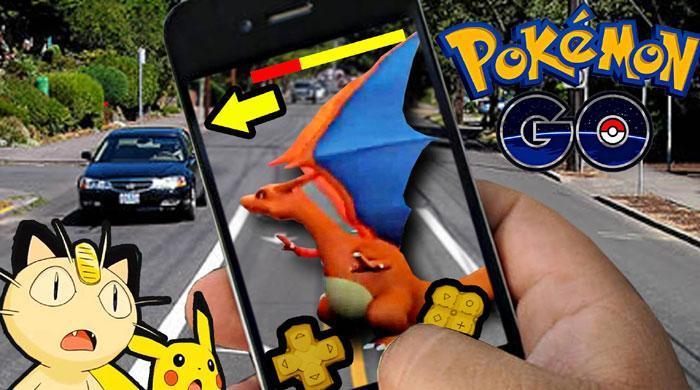 MOSCOW: A compass on the smartphone screen points towards Red Square. As the distance to the target narrows, the camera app pops up and zooms in on a bearded figure in a fur cloak.

The routine is familiar to Pokemon hunters obsessed with the ultra-popular Pokemon Go game -- but this is no Pokemon. Instead, it is Russia’s brutal 16th-century tsar Ivan the Terrible, or rather, his digital 3D rendition in a new app developed by Moscow authorities.

As the Pokemon Go craze sweeps the globe, city officials have launched an augmented reality app called Discover Moscow Photo, which is billed as Russia’s answer to the Nintendo creation.

Instead of yellow and pink Pokemons, the app’s characters are figures from Russian history -- from modernising tsar Peter the Great to Napoleon Bonaparte, who briefly occupied Moscow in 1812, to Soviet cosmonaut Yuri Gagarin and national poet Alexander Pushkin and composer Pyotr Tchaikovsky.

The app, available for Apple and Google Android devices, allows players to track down historical figures in places they once frequented and take a selfie with their 3D images.

The app is part of an educational digital project called Discover Moscow, which maps historical buildings and makes it possible for locals and tourists to create personalised guided tours as well as offering quizzes and quests.

The game comes out as Pokemon Go is still not officially available in Russia, although thousands of Russians have already found ways to download it and their incessant Pokemon hunting has irked some officials and clerics.

The Moscow government has invested one million rubles ($15,600) in the app and does not deny its resemblance to Pokemon Go, calling it an "educational version" of the game in its publicity materials.

"Some users have accused us of stealing the (Pokemon Go) idea," Kuznetsov said in a recent interview, explaining that in fact the Russian game has been in the making for three years, ever since the augmented reality technology became available.

The game — so far only in Russian though an English language version is planned — took a while to complete since developers were trying out various technologies to digitise the historical figures and make them three-dimensional, Kuznetsov said.

"Through this game, we hope to attract tourists to the main Discover Moscow app, so that they can learn something about the rich history of the city," he said.

The game gives Muscovites "more reason to go for a walk," said a press release from city hall, which is on a quest to redevelop Moscow into a tech-savvy and modern capital, so far with mixed results.

The game is set to add another dozen characters to the current nine, a difficult and delicate task as they have to be widely recognisable but not too controversial.

For Maxim Malyshev, the head developer at the game’s producer Notamedia, "the most difficult thing is to find actors who resemble the characters as closely as possible."

As augmented reality technology advances, there will be more and more possibilities for the game, he said: "We can make characters interact with objects or play with other parameters like perspective."