Pakistani Films Are Coming Back To Local Cinemas 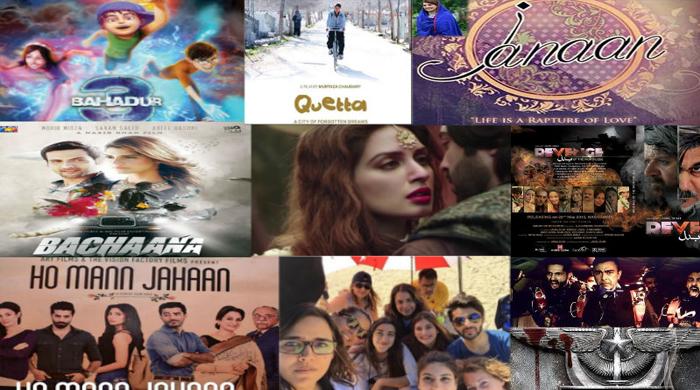 Local cinemas have placed a ban on Bollywood films in response to the boycott against Pakistani artists in India and cinegoers in Pakistan will now have more access to local content.

The last couple of years have seen an increase in the cross-border cultural exchange between Pakistan and India as artists continued to push the envelope despite rifts between the two countries. However, the current political tension on both sides has not spared even the artist community as the Maharashtra Navnirman Sena (MNS) have demanded a ban on Pakistani artists post Uri terror attack.

The Indian nationalist party demanded removal of Pakistani actors Fawad Khan and Mahira Khan from Ae Dil Hai Mushkil and Raees, respectively, or else they would not let these films release. Besides these threats, Zee Zindagi, a TV channel that introduced Pakistani plays to the Indian audience, has stopped showing Pakistani content and replaced it with Turkish soaps. This has given rise to heated debates on both sides, with several Bollywood actors speaking up in support of Pakistani artists and urging for peace and solidarity.

The situation on this side of the border is no different as all this tension has resulted in Indian content being banned in Pakistan. Most of the biggest cinemas have removed Bollywood films since Friday and it’s been reported that PEMRA plans to ban all Indian channels too.

“We’re not showing any Bollywood content in our cinemas at the moment,” Nadeem Mandviwalla of Mandviwalla Entertainment (which runs eight cinemas in Karachi and Islamabad) told Instep. Meanwhile Cinepax Cinemas (Karachi) and Super Cinema (Lahore) have also banned the screening of Indian films since last week.

Amidst these debates and reactions from both sides, perhaps the only good news is that people in Pakistan will have access to more local content than ever before as our cinemas are bringing back some of the best Pakistanis films of the past. Cinepax Cinemas, one of the largest cinema operators in Pakistan, have announced that they will screen some of the older Pakistani films in the coming weeks.

“We’re running a special campaign under which we plan to show some of the best Pakistani films that have come out in the past,” Abid, Assistant Manager Marketing, Cinepax Cinemas informed Instep. “We have collaborated with the distributors of the films and they have been kind enough to cooperate. We will begin the screening of these films from Friday, October 7,” he added.

Instep also contacted Sulaiman Lalani, Head of Geo Films, to inquire about the rerun of the critically acclaimed films that were released under the banner of Geo Films (Moor, Manto, Dukhtar). He informed us that Cinepax has requested him for the screening of these films. “We’re coordinating with the producers of the movies to bring them back to cinemas,” he told Instep. “They are also interested in showing Bol and Khuda Kay Liye but their screening is not confirmed yet due to technical reasons.”

He also added that other films will be shown for about a week or two starting this Friday. “Currently the shows will run only at Cinepax but other cinema owners have also shown their interest in putting up these films however nothing has been finalized on this matter,” Lalani explained.

On the other hand, Nadeem Mandviwalla of Atrium Cinemas stated that the films released on Eid-ul-Azha (Zindagi Kitni Haseen Hay, Actor In Law, Janaan) are doing quite well in their cinemas, alongside Hollywood films, which is why they will not be running any of the old films like other cinema houses.

Bringing back local films to cinemas and making them accessible to viewers in Pakistan is certainly a step towards showing support to the local artists as well as Pakistan’s film industry. How long this will continue and what effect it will have on the cinema business is yet to be seen.

This article originally appeared in The News