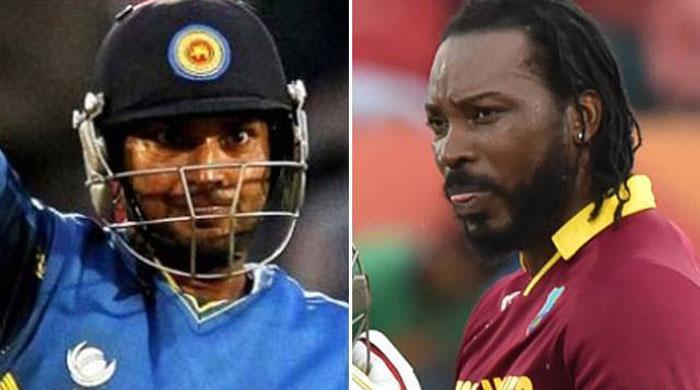 Karachi: Sri Lankan legend Kumar Sangakkara has joined PSL team Karachi Kings as a player and mentor, ahead of the second edition of the Pakistan Super League.

Sangakkara was part of Quetta Gladiators’ squad last year, but was released by the Quetta franchise for the second edition and Karachi Kings didn’t wait to pick him as a player and mentor for the next season.

However, a source in PSL told Geo.Tv that Karachi Kings will have to use one of its draft picks to formally include Kumar Sangakkara’s services as the “player” in the next edition.

“We have traded Chris Gayle from Lahore, releasing Sohail Tanvir while Babar Azam has moved to Karachi Kings from Islamabad United,” said an official of the franchise Karachi Kings.

The most expensive team of the PSL, Karachi Kings, have also announced to include Azhar Mahmood as coach, while retaining Micky Arthur as team’s head coach.

Meanwhile, the PSL management has released a list of over 430 players, including 229 foreigners, ahead of the players draft for PSL 2 which will be held on October 19.

England hold the largest contingent for the 229 foreign players for the second edition, with 70 players making themselves available to the list.

52 from West Indies, 27 from Sri Lanka, 15 from Australia, 15 also from South Africa, 10 from Bangladesh, 9 from Afghanistan, 7 from New Zealand and 24 from other Cricketing countries are included in the draft list of players for the PSL 2.

Former captain Salman Butt and fast bowler, both making a comeback after serving a five year ban for spot fixing in England, are also included in the draft players’ list.

Salman has been included in Gold category while Mohammad Asif has been drafted into Silver category.

Former captain Younis Khan, who missed the previous edition of PSL, has been included in draft for the platinum category.

Seventy-four players are drafted for Gold category, which includes 55 foreigners while of 255 players in silver category 125 are foreigners.

PCB has also named 24 players for the Emerging players category in the players draft for the PSL2.

Although teams have made announcement over retaining players, but sources confirm that the teams still have the option to forgo retaining and opt for a draft-trade.