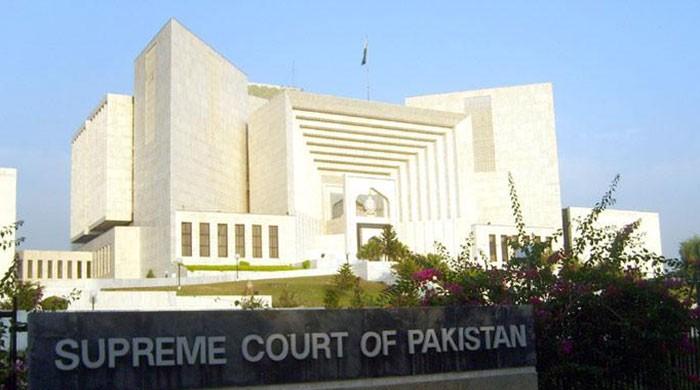 ISLAMABAD: It was Makhdoom Ali Khan’s day. Perhaps, he lived up to his client’s expectations. Not a single question came from the worthy judges who heard Panama Leaks case on Friday. There was complete silence, except a few light moments, in the packed Courtroom No 2.

Mr Makhdoom put everyone in deep thoughts when he started citing references of multiple judgments of various courts, tribunals and the Supreme Court in particular on a very important issue of possible disqualification of his client who is sitting Prime Minister of Pakistan.

In his 80-minutes long arguments, the Prime Minister’s Counsel also cited a reference of a judgment authored by Justice Asif Saeed Khosa where a seven-member larger bench headed by the then Chief Justice Nasir-ul-Mulk observed: “Article 62 (1) F of the Constitution is the nightmare of interpretations and feast of obscurities.” Before disqualifying the elected Prime Minister of Pakistan, Mr Makhdoom argued before the bench, “My Lords you need to look at the background and understand content of this judgment approved by seven judges of the apex court.”

It was a very important moment in the courtroom. Learned judge Asif Saeed Khosa observed in one of SC’s judgments that “—clauses of Article 62, if applied strictly, are probably incorporated in the Constitution to ensure that only the pure and pious Muslims (living up to the standard of a prophet of God Almighty) should be elected to our assemblies so that…..the sovereignty of God Almighty could be exercised by them in the state of Pakistan as a sacred trust.”

It was a mere coincidence that this judgment was written by Justice Khosa who is now heading the bench hearing the landmark case of Pakistan's history. No one talked about the money trail, hidden properties, Panama Papers, London flats and Mills in Dubai and Jeddah and no reference of the Qatar prince letter.

But the problem is not over yet. PM's Counsel has to answer the striking questions posed by the worthy judges and the petitioners’ counsels in their 38-hour long arguments. These questions link to money trail of property named in Panama papers. The Sharifs have admitted that this property belonged to children of Prime Minister Nawaz Sharif. Many questions related to alleged money laundering and issue of dependency of Maryam Nawaz Sharif on her father.

Friday started with a challenging question of PM's possible disqualification. Will Mr Makhdoom satisfy the judges who hurled volley of questions on Thursday?

“Sharifs are hiding themselves behind technicalities. Embezzled billions of rupees first and then hired services of good lawyers —now they are escaping from Panama gate,” Imran Khan shared his views with Fawad Chaudhry and Shah Mahmood Qureshi sitting right to him.

It was perhaps the first day since the proceedings into Panama Leaks case started in the apex court when the worthy judges did not ask a single question from the counsel during the day-long proceedings.

Premier Sharif’s counsel cited over 16-17 references in support of his arguments. The observers were happy to hear his arguments adorned with beautiful quotes from George Bernard Shah, T.S. Eliot and William Shakespeare.

Sheikh Rashid of Awami Muslim League, a party in this case and Jahangir Tareen of PTI could not attend Friday’s hearing while Naeem Bokhari left the court before the case adjourned for Monday at 9:30am. It was the moment when Barrister Maleeka Bokhari who is assisting Naeem Bokhari handed over a page to Mr Qureshi which cited important cases of Jehangir Tareen Vs Siddiq Baloch and Ishaq Khakwani Vs PM Sharif.

PTI Chairman Imran Khan continued whispering into ears of Dr Shireen Mazari, Naeem-ul-Haq, Shah Mahmood Qureshi, Naeem Bokhari, Maleeka Bokhari and Fawad Chaudhry during the course of proceedings. “Make accountable to those who looted billions of rupees of this country—let free those criminals involved in petty crimes—but here people are pushing the card before the horse unfortunately,” Imran Khan observed while sitting behind Makhdoom Ali Khan who was presenting arguments.

Then an important moment came when Mr Makhdoom quoted Justice Khosa’s observations on Article 62 and 63 of the Constitution written in the apex court’ order: PLD-2015-Supreme Court -275. He quoted G.B. Shaw as saying that “democracy is a device that ensures we shall be governed no better than we deserve.” He also quoted Abraham Lincoln as saying –if bad laws exist they should be repealed as soon as possible, still while they continue in force.” Then he quoted Baron de Montesquieu who had declared that “useless laws weaken necessary laws.”

As Makhdoom continued his arguments, the pensive looking legislatures of PML-N looked happy. A PTI's senior leader told a lady anchorperson on a lighter note that Jamaat-e-Islami top leadership was sitting among female lawyers.

The clock struck 11am and Mr Makhdoom pleaded that he will be continue his argument on Monday.