Naeem ul Haque, one of the senior-most members of Pakistan Tehreek-i-Insaf (PTI) and a close aide to Prime Minister Imran Khan, has passed away at the age of 70 in Karachi.

He had been battling blood cancer for the last two years.

His party tweeted its condolences, describing him as "a dedicated Pakistani, a loyal friend and a kind human being."

PM Imran, a close friend, said he was "devastated" by Haque's passing.

"He was one of the 10 founding members of the PTI and by far the most loyal," the prime minister wrote. "In 23 years of PTI's trials and tribulations, he stood by me. He was always there for support whenever we were at our lowest ebb."

"In the last two years, I saw him battle cancer with courage and optimism," PM Imran wrote.

"Till the very end, he was involved in party affairs and attended cabinet meetings as long as he was able. His passing has left an irreplaceable void."

A banker and businessman by trade and one of the co-founders of Pakistan Tehreek-i-Insaf (PTI), Naeem was instrumental in promoting positive change in Pakistan as part of the party’s ideology.

Born on July 11, 1949 in Karachi, Naeem completed his M.A. in English Literature from University of Karachi (1970) and then pursued an LLB from Sindh Muslim Law College Karachi (1971).

He practiced law with Khalid Ishaq before joining Jamil Nishtar’s team at the National Bank of Pakistan (NBP). As a young banker, he was part of the team that established the NBP branch at UN Plaza in New York City, after which he moved to London in 1980 as a merchant banker for Oriental Credit Limited.

During his professional stint in London in early 1980s, he became close friends with Imran Khan, who used to play county cricket at that time.

Naeem was driven by the purpose to serve Pakistan and believed that positive change could only be brought about in the country through a democratic, political system. In 1984, he joined Air Marshal Asghar Khan’s Tehreek Istiqlal party in London and moved back to Karachi a couple of years later to setup his leasing company business and pursue political aspirations.

In the post-Zia ul Haq era, he contested the 1988 elections from Tehreek Istiqlal ticket in Orangi. Even though he lost the election, he continued his interest in politics and kept a breast of economic related matters.

In 1996, he became one of the five founding members of Pakistan Tehreek-i-Insaf (PTI) along with his close friend Imran Khan. As a trusted aide, he helped Imran Khan manage the party affairs and overcome the election setbacks of 1997 and 2001. After the death of his wife in 2008 from a bout of cancer, Naeem fully devoted his life to PTI, where he become the Central Information Secretary and President of Sindh. He is credited with organizing the huge December 25, 2011 jalsa in Karachi that helped establish PTI’s popularity as a national party.

In 2012, Naeem moved to Islamabad as chief of staff to the PTI Chairman and an integral part of the PTI core committee leading into the elections of both 2013 and 2018. He worked extremely hard and directly with Imran Khan in organizing the party at the grass roots working across the board with workers and part office bearers. He also intermittently served as the information secretary of the party during this period playing an important part on the party’s communication strategy.

In January 2018 seven months before the general elections, Naeem was diagnosed with blood cancer. Like a true party loyalist, he soldiered on, working long hours prior to the elections while undergoing treatment. Never one to shirk from important causes and managing people and operations, he remained at the forefront.

As member of the PTI core committee he was an accessible, approachable and was popular among the workers. When the 2018 victory finally came to PTI, he was appointed a Special Assistant on Political Affairs to the PM and was involved in a number of initiatives ranging from housing scheme, party operations, strategic development goals and appointments, to name a few.

An honest man, he cared for ordinary people, the future of PTI and a progressive Pakistan, where the underprivileged have an equal chance to prosper. 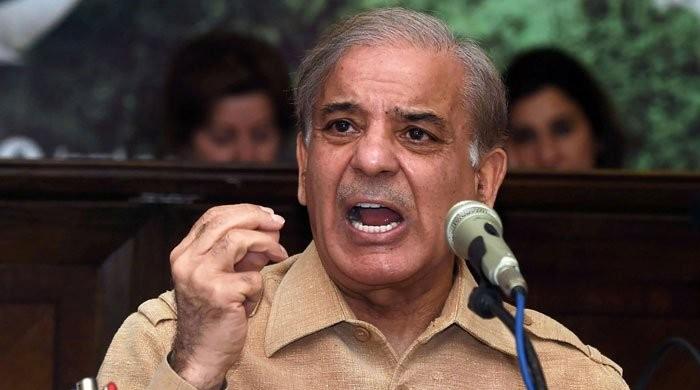