KARACHI: Pakistani all-rounder Mohammad Hafeez is having a blast in the PSL 2021 tournament after scoring back-to-back half-centuries.

Friday's clash between the Multan Sultans and the Lahore Qalandars was no different for Hafeez from any other as he lashed out at the bowlers, hitting sixes and fours all over the park.

The right-handed batsman hit huge sixes off Shahid Afridi, Dhani and others to ensure Multan Sultans put up a fighting total of 157 runs on the scoreboard.

Hafeez had scored 60 runs off 35 balls during last night's match.

However, it all came to naught when the Multan Sultans won the game courtesy another stellar knock by Mohammad Rizwan, who scored a quickfire 76 off 49 deliveries.

Earlier, Hafeez had helped the Qalandars down the Gladiators after he scored an impressive 73 runs from only 33 balls.

The Multan Sultans on Friday put an end to the unbeaten run enjoyed by the Lahore Qalandars, successfully chasing down the 158-run target set for them with seven wickets and three overs to spare.

The Sultans had lost openers Chris Lynn and James Vince early in the innings, but Rizwan made sure that early wickets did not hamper his side's chances of a victory.

The Sultans further solidified their control of the game when Maqsood joined Rizwan for the third wicket.

Both the batsmen scored half centuries, with Maqsood ending the innings at 61 not out and Rizwan getting out at 76 during the 15th over.

Lahore could have put Multan in pressure had they stuck to their chances. They gave Mohammad Rizwan, who is in the form of his life, three chances during the game.

For Lahore, Shaheen Shah Afridi picked two wickets and Samit Patel managed to get a wicket early in the innings.

Earlier, Lahore Qalandars had set a target of 158 for the Multan Sultans courtesy Mohammad Hafeez's 60 off 30 balls.

The Qalandars got off to a wobbly start to their innings, with the team losing openers early after some pressure was created by the Multan bowlers.

However, Hafeez and Joe Denly rescued their side; but once the two lost their wickets, runs were hard to come by and Lahore ended up at 157/6.

For Multan, Shahnawaz Dahani and Carlos Brathwaite picked up two wickets each, with leg-spinner Usman Qadir also bagging one. 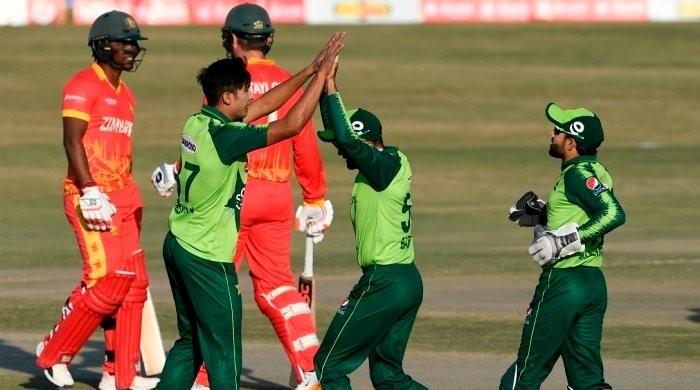