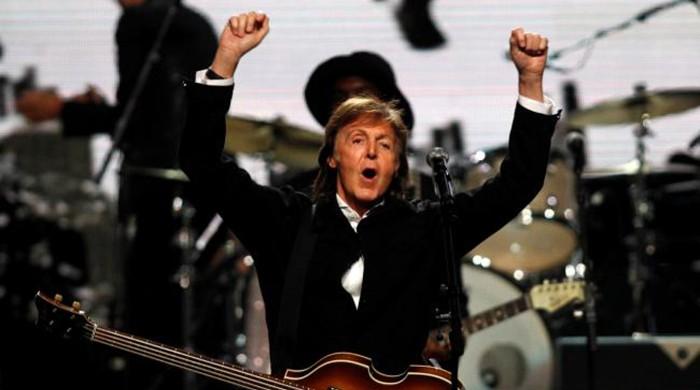 Paul McCartney has revealed that he is working on a new album with the producer best known for Adele's blockbuster hit "Hello."

The Beatles legend said in a radio interview that he was "in the middle" of the new album, his first since 2013.

"My only worry is people are going to go, 'Oh, there's Paul going with the flavor of the month,'" McCartney said in the weekend interview on BBC Radio 6 Music.

"I suppose you always think the worst of it. But he's a great guy," McCartney said, describing himself as "beavering away, doing what I love to do."

The 74-year-old said he was not thinking much about how he will be remembered after a year in which fellow rock greats including David Bowie and Prince died.

But McCartney said fellow Beatle John Lennon, who was murdered in 1980, had once asked him for reassurance of his legacy after he died.

"It was funny, you know -- you wouldn't think John would even have a remote bit of insecurity about it.

"Luckily it won't matter because I won't be here."

McCartney also mourned Chuck Berry, the pioneering rock 'n' roll star from the 1950s who died on March 18 at age 90.

"We copied a lot from his guitar style. He was just a huge influence," McCartney said.

"His lyrics to me are like American poetry. They just capture that sort of high school stuff, and the rock 'n' roll, and the cars," he said.

The classic Beatles song "Come Together" took lyrical and musical inspiration from Berry's "You Can't Catch Me," leading to a dispute with Berry's record label.

Meghan Markle accused of plagiarising a quote from Netflix documentary