ISLAMABAD: Senator Yousaf Raza Gillani, who was earlier nominated to the post of Leader of the Opposition in Senate today, voiced the PPP's desire to keep the Pakistan Democratic Movement (PDM) alliance united.

Earlier, PML-N leader Ahsan Iqbal criticised the PPP for nominating Gillani as the leader of the Opposition in the Senate and seeking support from Balochistan Awami Party (BAP) senators.

Defending the PPP's move to contest the recently-held elections, Gillani said, "The Parliament is the voice of the people of Pakistan and we must not neglect this voice."

Gillani said the PPP had held a meeting of its Central Executive Council where it had sought the opinion of its legal counsels on whether the Senate elections could be delayed or not if Opposition lawmakers resigned or not.

He said the party took its decision of contesting the by-elections and the Senate elections to the Pakistan Democratic Movement's (PDM) forum where the Opposition alliance decided to accept the PPP's proposal.

"You saw how they participated in the by-elections and Senate election," he said. "You witnessed the benefits as well; how the PDM won all elections [against government candidates]," he said.

The former prime minister said PPP chairperson Bilawal Bhutto-Zardari had urged the PDM to exhaust other options, such as a no-confidence motion against the government, before resorting to resignations from the assemblies.

Gillani said the late Benazir Bhutto had regretted boycotting the 1985 general elections. "She told me we [PPP] shouldn't have boycotted the elections," he said, recalling his conversations with the slain former prime minister.

The senator mentioned it was Benazir Bhutto who convinced PML-N supremo Nawaz Sharif, before her demise, to not boycott the general elections and partake in the electoral process.

Linking resignations with long march was a 'new development' for PPP: Gillani

Shedding light on the PDM meeting where Nawaz and Zardari participated via video link, he said the PPP was told by the Opposition alliance that the long march and dharna will begin from March 26 and that Opposition lawmakers should resign before the anti-government movement would begin.

He said this was "a new development for the PPP" hence the party requested the PDM to grant it time to consult with its Central Executive Committee before arriving at a decision.

"I told Maryam Nawaz that now the scenario has changed," he said.

Speaking about reports of cracks within the PDM alliance, Gillani said JUI-F chief Maulana Fazlur Rehman spoke to both Zardari and Nawaz Sharif a few days ago and urged them to keep the Opposition alliance united.

In response to Fazl's message, the PPP chairperson assured Fazl that PPP members have been told not to issue inflammatory remarks against the PDM.

Reacting to Ahsan Iqbal's statements from earlier during the day, the former prime minister said two of the senators whose support the PPP sought today hailed from erstwhile FATA.

"Two members [who supported the PPP for the Senate Opposition leader bid] are those who have no association with BAP," he said, responding to Iqbal, who had objected to the PPP seeking support from the party.

"Dilawar sahab has been associated with the PML-N in the past but now has an independent group of four [senators]," he said. "So for them to say it is a Sarkari [government] Opposition; we must not make such remarks if we want the PDM to remain intact," added the PPP leader.

Gillani said the PPP wanted the PDM to "remain intact" and further its agenda for Constitutional, human and economic rights, and to especially highlight the inflation issue.

The senator recalled how people used to taunt him by referring to him as the "PML-N's prime minister" as he was elected unanimously by the Parliament in 2008.

PPP’s request for Senate slot ‘a setback’ for PDM’s cause: PML-N

Earlier, former interior minister Ahsan Iqbal voiced the PML-N's disappointment over the PPP's decision to seek support from the BAP to get Gillani nominated as Senate Opposition leader.

"If the Balochistan Awami Party senators are included to attain the post of the leader of the Opposition in Senate, then indeed PDM's objectives, its struggle and the Opposition alliance have suffered a setback," Iqbal had said.

Referring to the BAP senators, Iqbal had said "the entire Islamabad knows on whose directions they vote". Referring to it as a "suspicious transaction" he said such a move was not in line with the PDM's transparent politics.

"If this slot [leader of the Opposition] was so necessary for the PPP, the party should have informed Nawaz Sharif about it. He would have happily ceded the post to them," the PML-N leader had said.

Iqbal had condemned the PPP for seeking support from the BAP without informing the PDM, adding that such a move has delivered a blow to the Opposition alliance.

He had issued a warning to the PPP, saying that whoever betrays the PDM's objectives would "pay a heavy price". 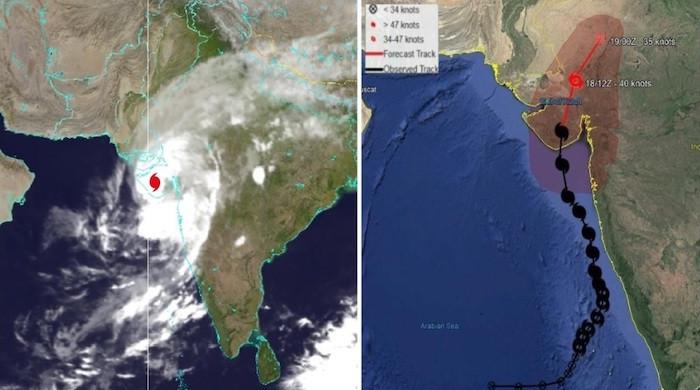