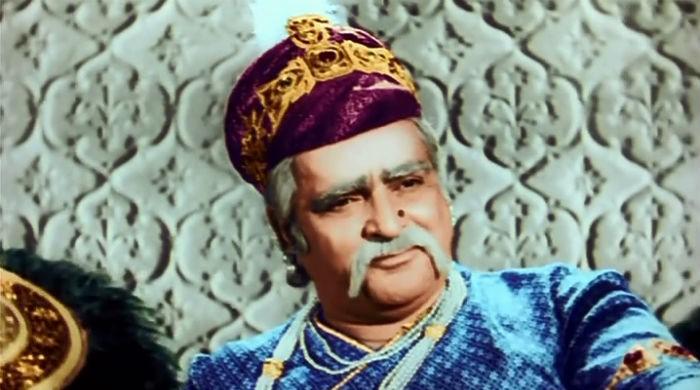 Legendary epic Mughal-e-Azam continues to power on, nearly 60 years after it was released, with a lavish musical based on the K Asif directed movie currently playing to packed theatres across India and a mega tribute event set to be held in the UK and various European cities.

The enduring magic of the greatest Bollywood film ever made is continuing to captivate audiences across different generations and still setting a high standard for other Indian filmmakers to follow. 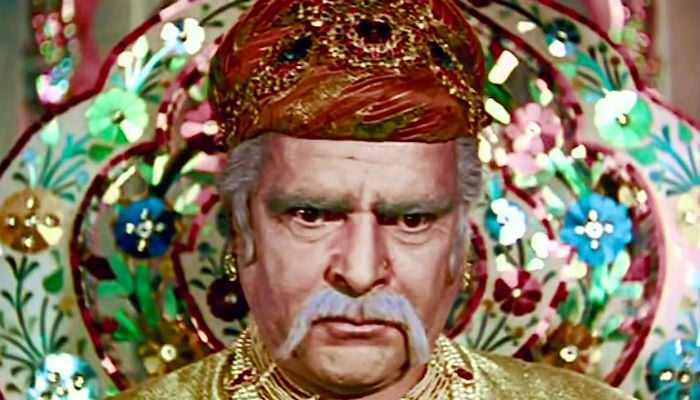 Let’s go down the pages of history to revisit the remarkable journey, which started off as an idea by ambitious young filmmaker K Asif, who in the early 1940’s dared to dream and became a part of history.

The mastermind behind the historical epic was an ambitious filmmaker, who dreamed about the idea in his early twenties. He planned to make a film based on Urdu novel Anarkali, written by Syed Imtiaz Ali Taj in 1944, with Chandramohan and Nargis in the lead roles.

But, after the Chandramohan passed away and the financiers left for Pakistan during Partition the project was shelved.

He then recruited the finest writers and recommenced the project in the 1950’s with Dilip Kumar, Madhubala, Prithviraj Kapoor and Nigar Sultana in the lead roles. He would overcome various challenges to deliver Indian cinema its grandest epic and write his name permanently in the history books.

The epic was the highest budget movie ever made in India and if inflation along with the colourisation process is taken into account it would still hold onto that record.

From the lavish Sheesh Mahal set, which cost the same as a movie at the time to using real jewellery and a huge battle sequence featuring 2,000 camels, 4000 horses, and 8,000 troops no expense was spared. Even the singers were paid record-breaking amounts in the quest for perfection, Bade Ghulam Ali Khan was paid a whopping Rs25,000 to sing for the movie at a time when time top singers like Lata Mangeshkar were getting Rs500. 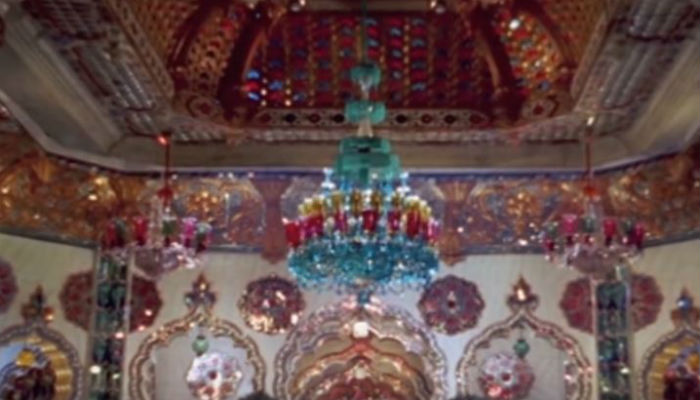 There was no room for fake jewellery in the film; real jewels were used throughout the movie including a scene where pearls are scatted across the floor and necklaces thrown away.

Moreover, a grand premiere of the movie was held at the 1,100 capacity Maratha Mandir cinema in Mumbai. The foyer was decorated to look like a Mughal palace and a 40-foot cut of Prithviraj Kapoor was erected outside.

The high profile guests were sent invites written in Urdu shaped like rolled scrolls and made it look like a chronicle from the reign of Akbar. The film’s reel arrived at the premiere on an elephant accompanied by giant bugles. 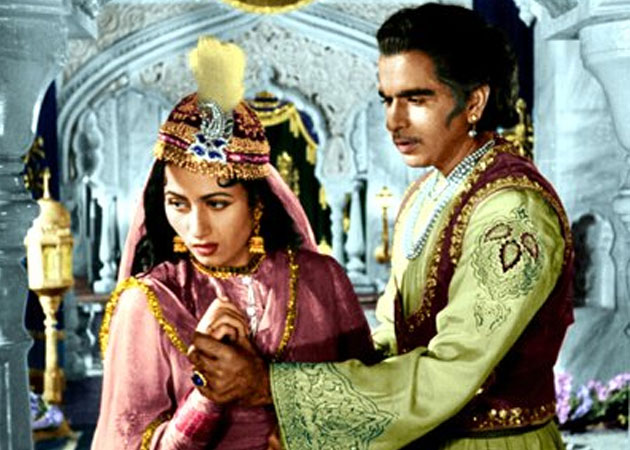 The legendary Prithiviraj Kapoor delivered a powerful performance as the fearsome emperor determined to crush the romance of his son Prince Salim and the courtesan Anarkali. The all-conquering king goes through a range of emotions and isn’t afraid to kill his own son in the quest for what he feels is right. The imposing character impressed director K Asif so much that he named his son Akbar.

Bollywood’s greatest and most influential actor Dilip Kumar went through a range of emotions in his iconic role as Prince Salim. He also went through plenty of drama behind the scenes including a real life and ultimately doomed romance with co-star Madhubala. The actor also had a very public falling out with director K Asif, who had married his sister and he also boycotted the premiere.

Arguably the most beautiful Bollywood leading lady of all time put her all into the career-defining role of Anarkali. Despite suffering from a serious heart condition she was wrapped in real chains in the scene where she is imprisoned. It would be the only time cinema fans were able to see the screen queen in colour. This would be her last major role before her retirement and premature death.

The movie has one of the greatest soundtracks in the history of Indian cinema. No expense was spared on the 12 songs as music director Naushad was given an unlimited budget to create the perfect musical numbers.

A chorus of 100 singers was used for the song Ae Mohabbat Zindabad and Pyar Kiya To Darna Kya was rewritten by lyricist Shakeel Badayuni before being approved. 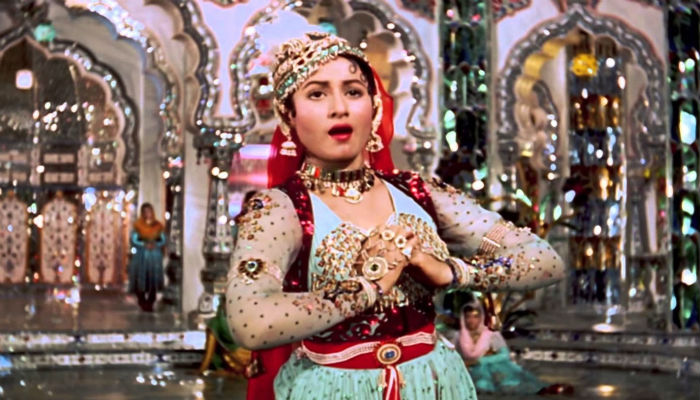 The trigger point for the movie is one of the greatest qawwalis ever seen on the big screen. Apart from being a battle royal between two stunning leading ladies, Madhubala and Nigar Sultana, catchy composition Teri Mehfil Mein was hugely entertaining. It had two legendary vocalists in Lata Mangeshkar and Shamshad Begum along with powerful lyrics. This was the moment Prince Salim connects with Anarkali and ignites an explosive chain of events.

There was mass hysteria when Mughal-e-Azam released in 1960. When bookings for the film opened there was chaos and near-riots on the streets as fans queued up for days to get tickets for the movie and at one stage police had to intervene when a crowd of 100,000 became too unruly.

It was also appreciated by audiences and critics alike. A review from the 1960s from the leading film magazine called it history making and another said ‘it as a tribute to imagination, hard work and lavishness of its maker, Asif. For its grandeur, its beauty, and then performances of the artists it should be a landmark in Indian films.’ Since then reviewers have used words like classic, benchmark and milestone.

The movie became the biggest grossing Bollywood movie of all time when it released in 1960 and held onto the record until Sholay released in 1975. When the hundredth anniversary of Indian cinema was marked in 2013 Mughal-e-Azam was universally declared the greatest Bollywood film ever made.

It also won a number of prestigious honours such as National Award for Best Feature Film in Hindi and Best Film, and Best Director at the Filmfare Awards. 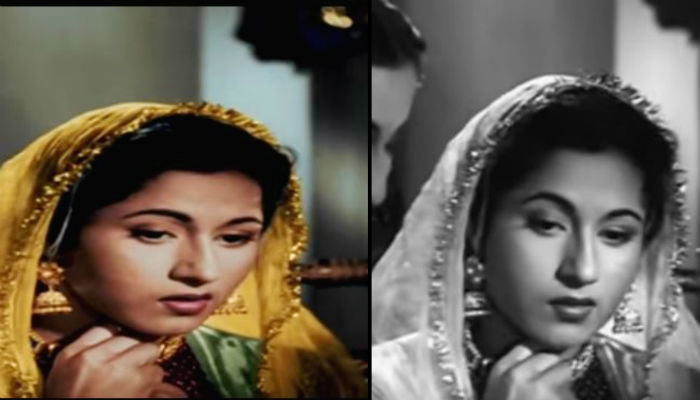 In 2002, it was decided that Mughal-e-Azam would become the first classic Hindi film to be digitally coloured. The first step towards colourisation was the restoration of the original negatives and then this was followed by extensive research by a dedicated team to get all the colours right.

Under the watchful eye of Shapoorji Mistry and Deepesh Salgia, a team of over 800 were employed to develop the software and do the colourisation.

The new version was released theatrically on November 12, 2004, and became a major success. The new release also included a digital reworked soundtrack produced with the assistance of original composer Naushad.

Mughal-e-Azam became the first full-length feature film colourised for a theatrical re-release; although some Hollywood films had been colourised earlier, they were only available for home media.

The movie has left an impressive legacy. Apart from setting a benchmark for others to follow it has had a number of landmark moments.

In 2016, a musical based on the film opened to packed houses and is one of the grandest productions done anywhere in the world. The historical epic has inspired books, a collection of paintings by India’s greatest artist MF Husain, theme park attractions, dance groups and more. Many film technicians have admitted to studying the film.

The last major collection by India’s greatest painter MF Husain, shortly before his death in 2011 aged 97, was inspired by Mughal-e-Azam. He painted more than 50 giant canvases inspired by the movie he adored. It was full circle for the much-revered painter, who started his career painting cinema hoardings during his early days of struggle.

In 2004, K Asif’s son Akbar Asif arranged for it to become the first Bollywood film in over 40 years to be released in Pakistan and presented a print to then leader General Pervez Musharraf. Proceeds of the release went to charity. This would subsequently open doors for the rest of the industry to release films in Pakistan and open new territory. 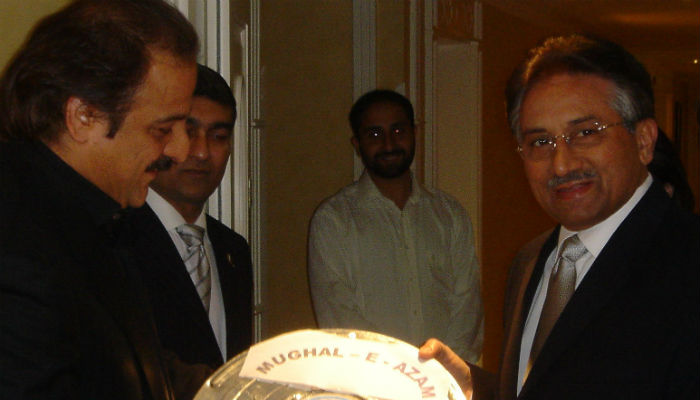 The 1960s classic connected the youth to history; while many flocked to see the Mughal-e-Azam musical, others regularly upload videos on YouTube of them performing to songs from the movie. Scenes and songs from the movie have been viewed million of times on YouTube. All this and more shows the immortal classic will live forever, and entertain future generations not born yet. 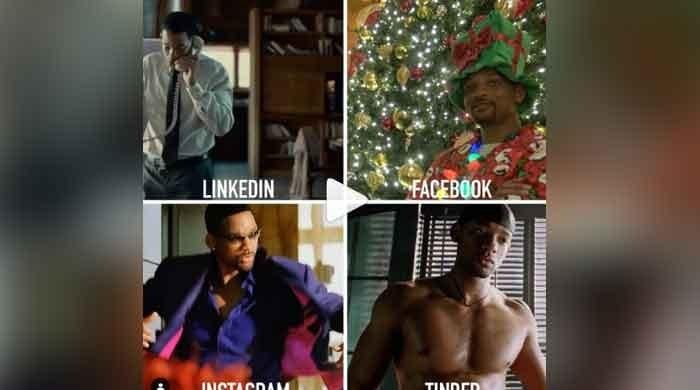 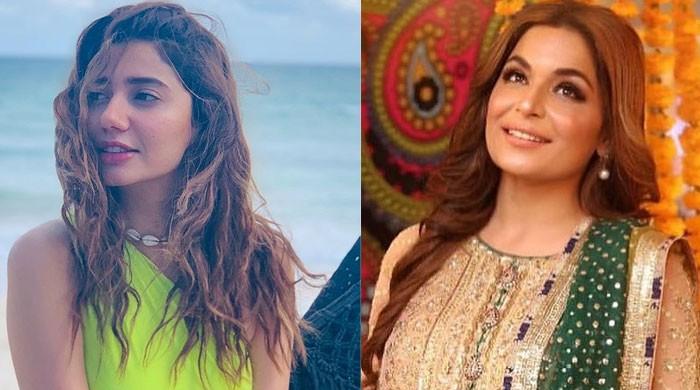 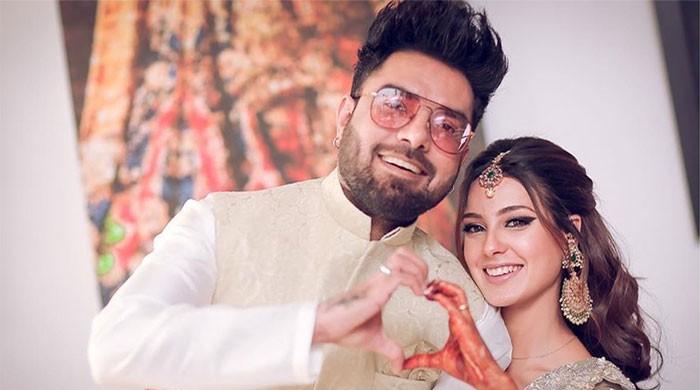 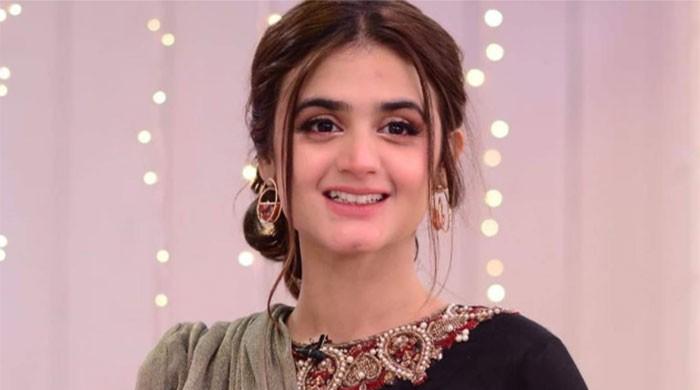 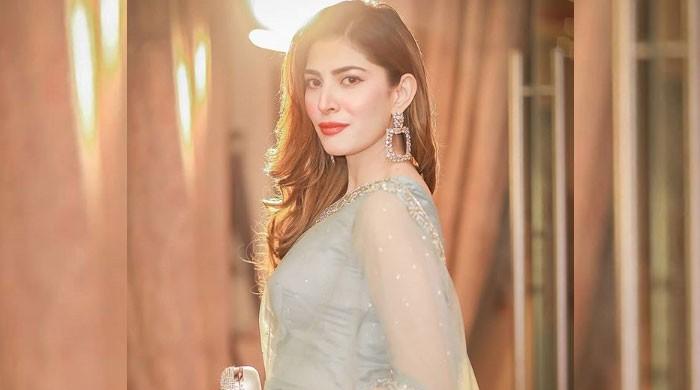 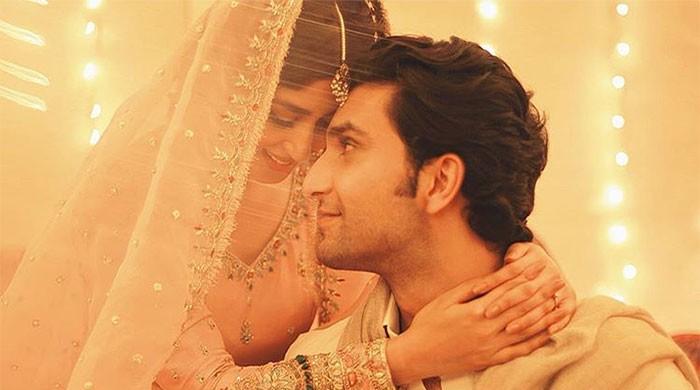 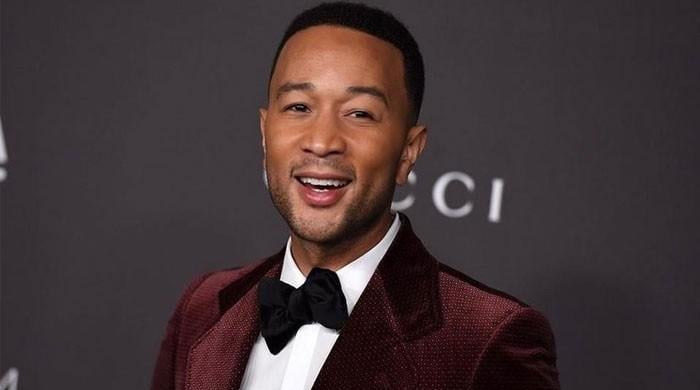