Brad Pitt has been seen leaving his ex-wife Angelina Jolie’s home in Los Angeles. The actor was caught on camera while riding away on his motorcycle outside the actress's house.

The ex-couple reportedly reside less than ten minutes apart in Los Angeles, and Brad was photographed pulling out of Angie’s driveway on his motorcycle on June 23.

Hollywood star, 56, rode a flashy motorcycle away from Jolie's luxurious mansion in in Los Angeles after the visit on Tuesday afternoon.

The pair famously fell in love on the set of Mr. & Mrs. Smith, while Pitt was still married to Jennifer Aniston. After years of dating, they got married in 2014 before their shock split in 2016.

It would be highly unusual for the two to meet face to face without lawyers, which is how their interactions have seemed to go as their divorce proceeded.

According to report, Brad spent an entire two hours at Angie’s place before departing, talking about any number of issues face to face.

The former couple already arranged separate birthday celebrations for daughter Shiloh when she turned 14 on May 27.

Due to L.A’s “Safer at Home” order, Shi had an online zoom party with her friends, while Brad and Angie each held a small party for her at their respective homes with Shiloh’s siblings by her side. 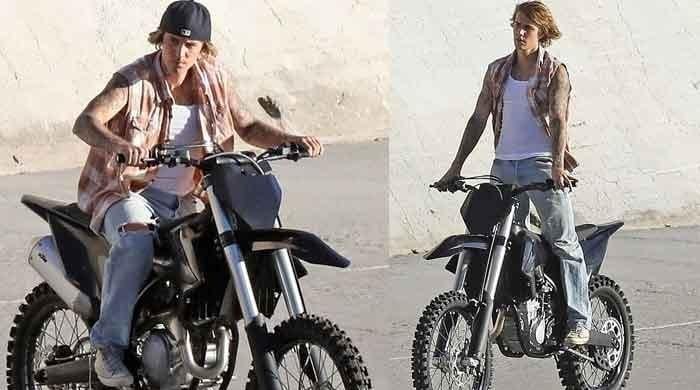